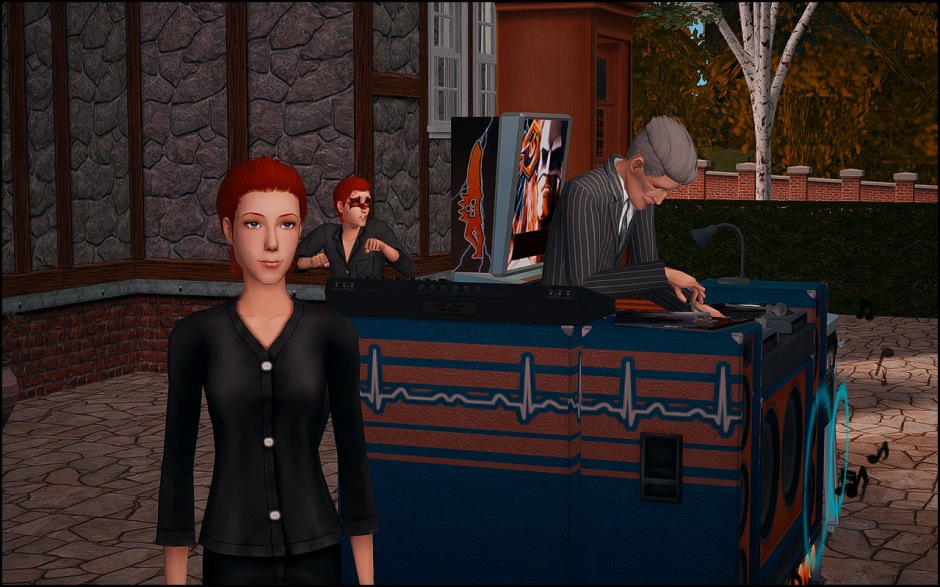 Welcome to Veronaville.  We are playing the first 3 families in recommended order and the bin families in random order.  The list is on the household page.  I have not played this neighborhood much.  I think maybe once before?  So, I have no idea what really happens around here. 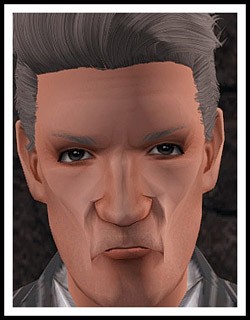 Consort: Hermia gets an A+ report card (locked), buy a tv costing at least $3,000, Retire (locked), earn some money, make a friend, buy new clothes.  I think we will buy Consort an expensive tv.

He doesn’t look like he’ll be much fun, does he?

Tybalt: Meet someone new, go out, make a friend, get a job in the politics career.  He will be looking for a job in politics, but maybe we will try and make him a friend.

We start at 6 p.m. Saturday night, which only leaves us about 36 hours per house, so this should be a fast round.

Just sitting next to each other watching tv does this.  They are still negative, but no longer enemies.

Tybalt is always wanting to make money (same as Consort), so a money tree is bought.  They take  turns harvesting it.  Luckily, Consort also gets help from his daily invetments. 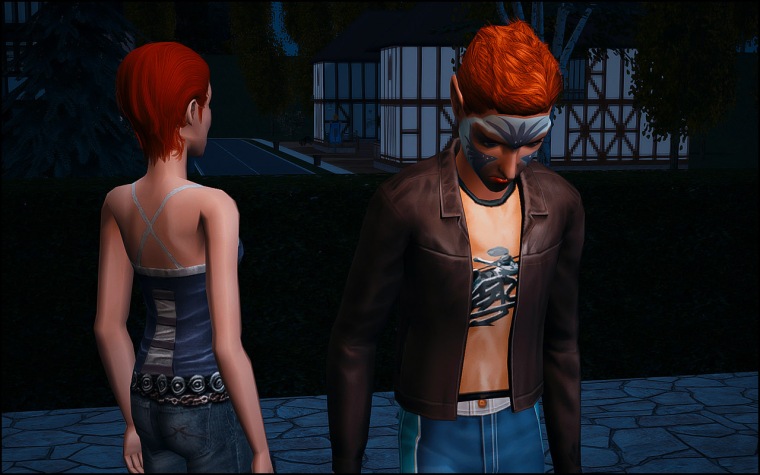 Hermia invites over Puck to get her kiss done.

Puck and Consort gossip about Romeo.  Consort wants a friend and decides that he approves of Puck for Hermia and they work on being friends.

While Puck and Hermia complete their wants for a kiss, Romeo is falling in love with Juliette.  Consort walks by cringing over this development.

Chocolate for dinner.  I’m pretty sure Tybalt was in charge of food tonight. 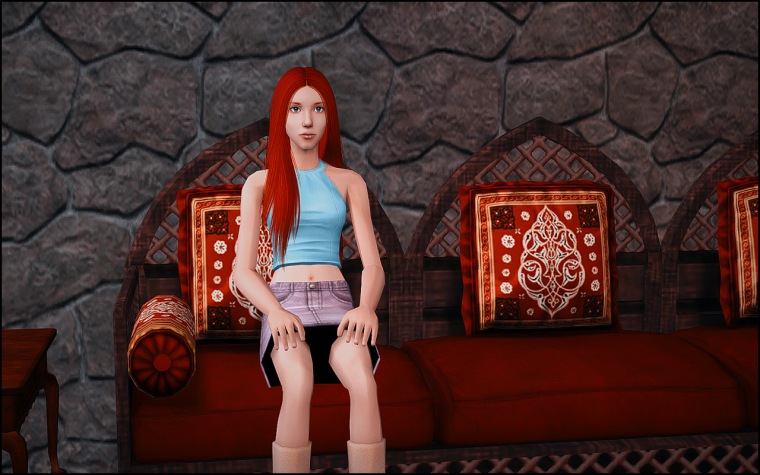 Juliette and Romeo sneak out and she doesn’t get caught.

Consort has no one else to befriend so he does some of the in laws and then angrily calls up Patrizio Monty.  Just because he needs a friend doesn’t mean he can’t ruin them later on…after he retires.

This family seems to be always eating.

Consort:  For the sake of Juliette and Romeo, I just befriended that Patrizio.  Just for now, just until those two break up.
Tybalt:  And if they don’t break up.
Consort:  We’ll have to make sure they do.

Hermia makes Mac n Cheese.  She then busts the dishwasher.  Tybalt and Juliette wake up and beeline straight for the food.

The spending habits of this family is out of control.  Consort and Tybalt want to make as much money as the spend. 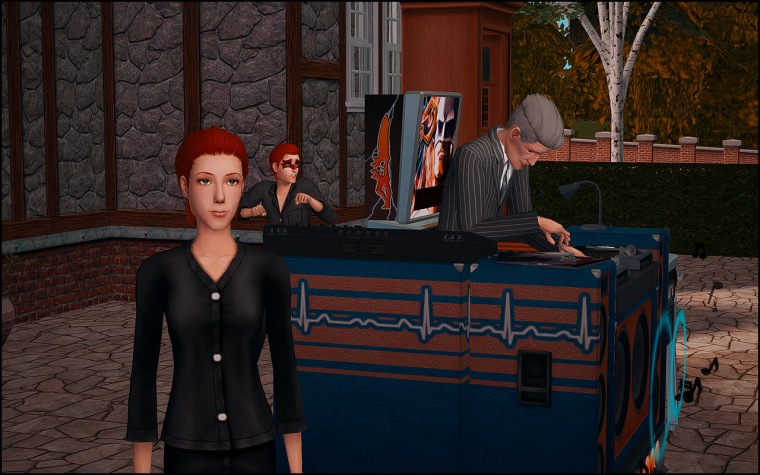 Like I said, it was a quick round.  The season ends with a dance party while Consort is still working the dj booth.

I knew it would be a quick first visit.  All three did get jobs.  Two have a want for college.  They were locked in Monday morning after staying since late Saturday night.  Consort just wanted to buy shit and make money.  He is the only one who stayed platinum the whole weekend.  The other three were so far down that they were almost red.  At one point the whole house was platinum, which was nice.

Consort: Hermia gets an A+ report card (locked), buy a car, retire (locked), buy a microwave, buy a vacation home, buy a sculpture costing at least $4,000.  He is level 9 in his job and will retire when he gets to level 10. He has the skills and the friends.  Now he just needs to go to work.

Tybalt:  Buy a robot station, buy a toymaking bench, go to college (locked), earn $100.  He rolled college after his first want was completed and it never left.  He has no chance at becoming an overachiever (4 days to adult), so he may just leave for university the next time we visit.

Juliette: Go to college (locked), go fishing, get an A+ report card, gain a skill point.  After sneaking out with Romeo and getting away with it, she rolled to go to college.  It was locked in Monday morning.

Hermia: Ask sim on a date (locked), read a novel, watch a movie, talk about hobby.  After her kiss with Puck, she become boring.  I left her on freewill most of the time.  I actually was hoping she would get electrocuted while fixing the dishwasher, but she lived.

With the secondary aspiration calculator, I found that some of these guys had the wrong aspirations for their personality.  I went ahead and made adjustments.

2 thoughts on “Veronaville, Round 1: Capp (Consort)”