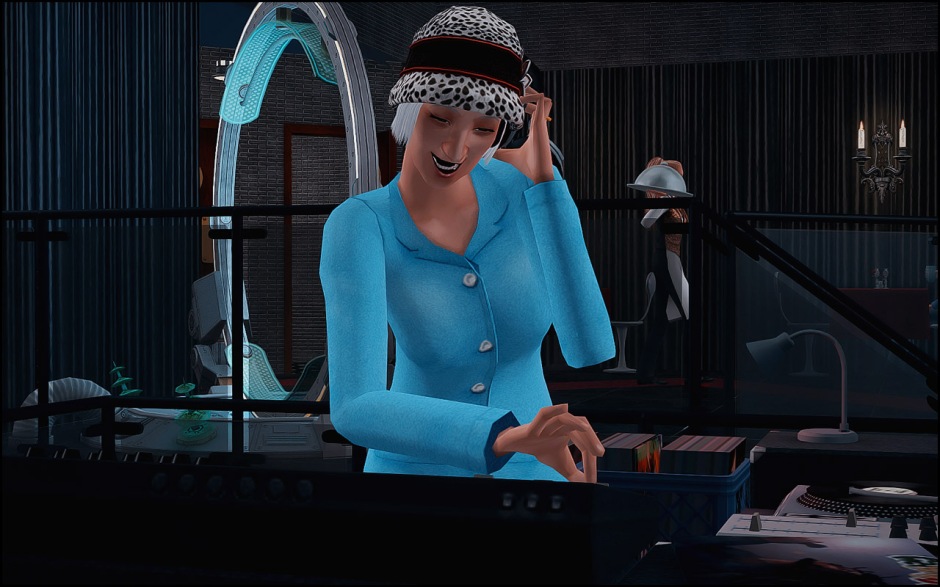 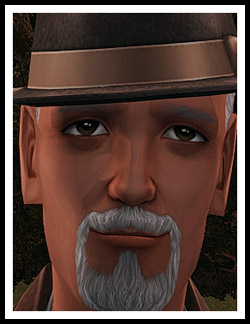 First wants: (I added stuff to an empty house, which ended up completing several wants).  Get a promotion, buy a table, buy a curtain, buy a bookcase, woohoo in a bed, buy a bed

I bought them a bookcase.

Herbert starts off by apologizing to Faith.  As you can see by her intro pic, she is not impressed.  Yet.

After a chatting for a bit, they both leave for work.  Herbert gets home first and works on the new cooking skill points he wants.

The phone rings and is answered by Herbert.  As Faith gets home from work, she takes the call from Nina, who asks her on an outing. 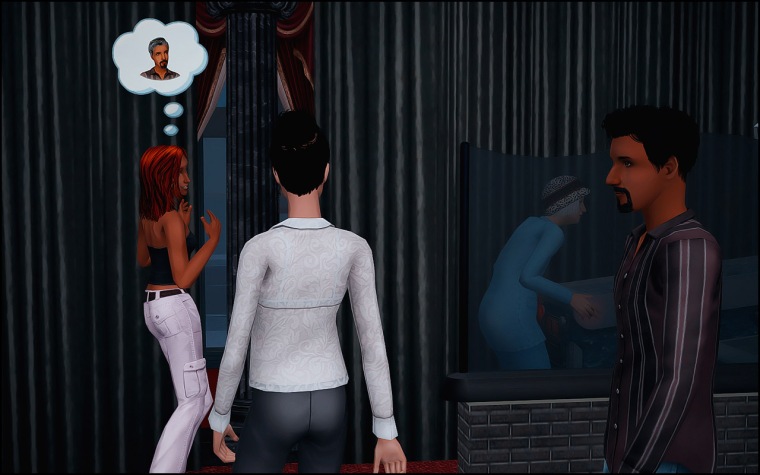 Of course Nina is still hot for Don. 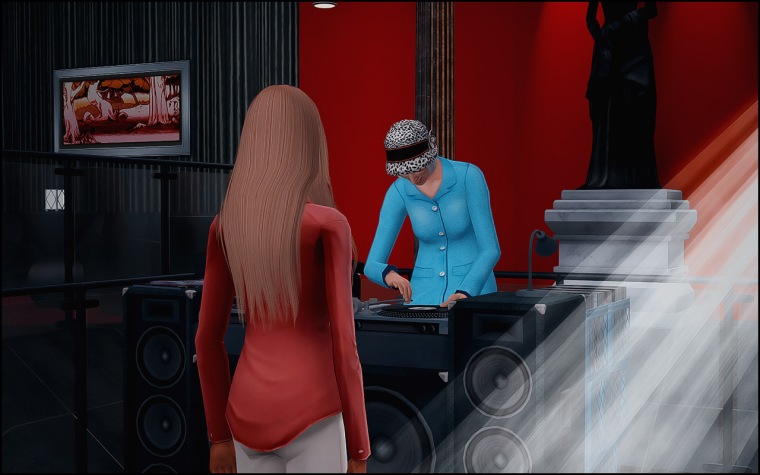 Faith wanted to work as the dj, the only thing she did on this outing. 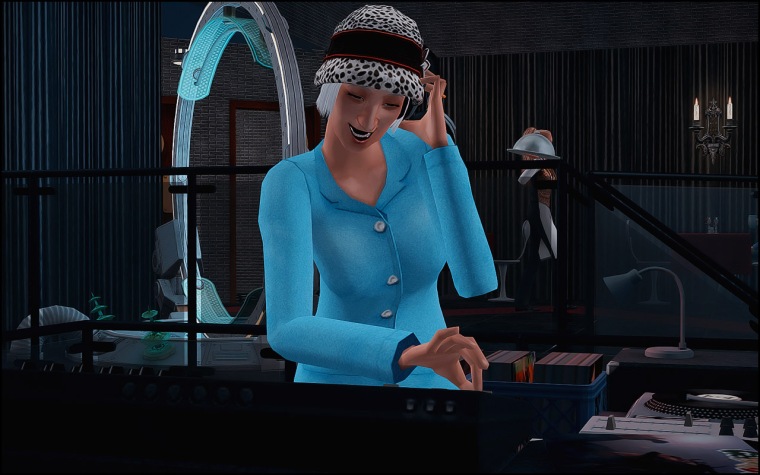 She is really cute. 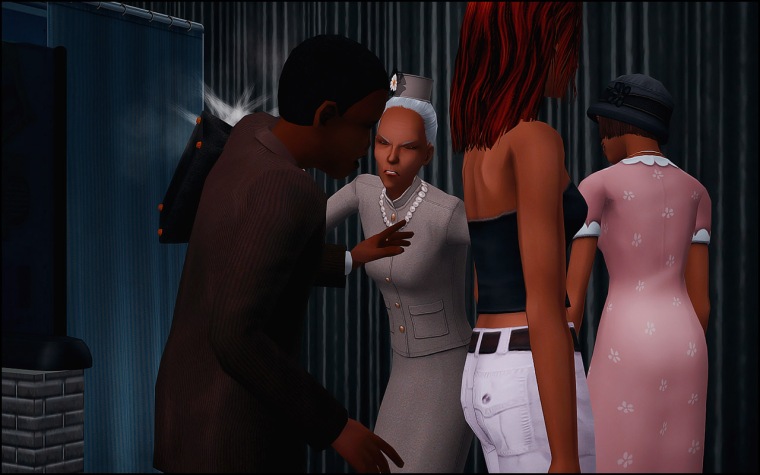 The Tinker’s got caught by Mrs. Crumplebottom. 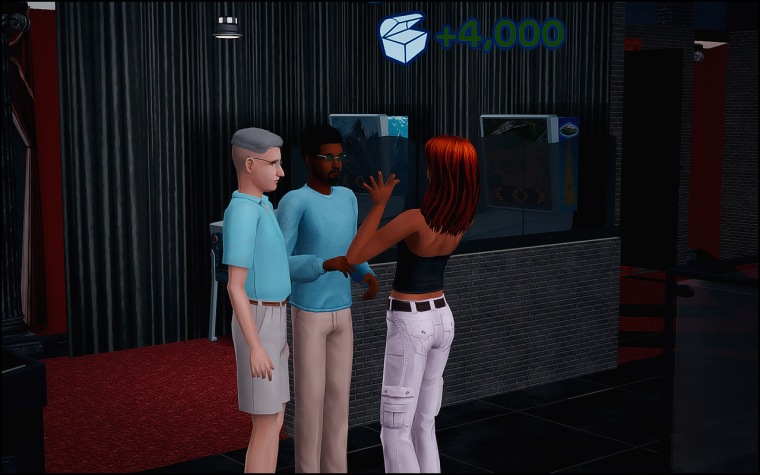 Nina chats with Darren, but simultaneously falls in love with Herb.  That clears a want of hers.

Herbert and Faith are hanging out to up their relationship.  Even after 5 hours of sitting here, they cannot sleep in the same bed. 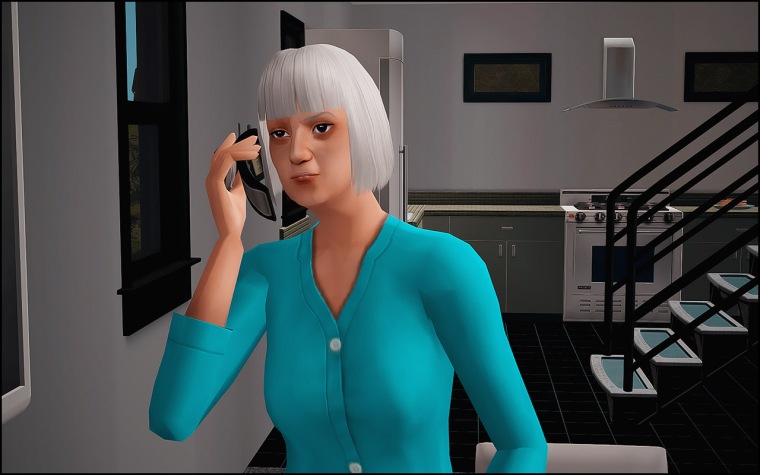 Coral calls up randomly.  Faith is still pissed off at her, but whatever. 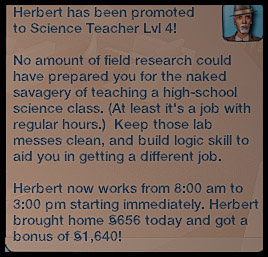 Herbert gets a promotion, which is much needed.  Faith has not found her job yet. 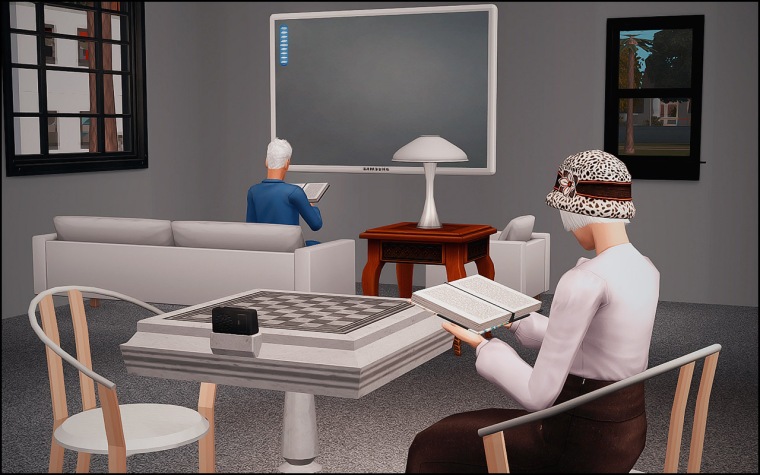 There wants are all about the skills.  Easy peasy.

Herbert chats with anyone and everyone he meets after work when his social bar is red.

A bad chance card, but a promotion anyway.

Faith is keeping herself extra busy.

After Faith needs to dig for treasure to up her fun and gets a treasure chest, Herbert immediately takes their life savings and buys a car.

Faith found her job and hired in at level 3.  She does get a promotion out of it. 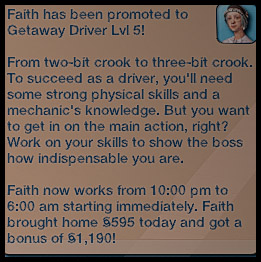 Chance cards two days in a row for Herbert.  He actually replaces some of the money spent on the car.  Faith gets another promotion.

Faith catches up to Herbert during his two days off and then they both get promotions.

Herbert is back to make friends again.  I do believe he is chatting up Brandi Broke.

Faith is off work reading skill books still and Herbert gets a promotion.

The reason he works so hard for it is because he always wants a promotion or he wants to stay home from work.  At home, he works on one skill at a time while Faith works on 6.

This basically ends the round.  They did finally get friendly enough to sleep in the same bed.  Otherwise, they didn’t interact at all.