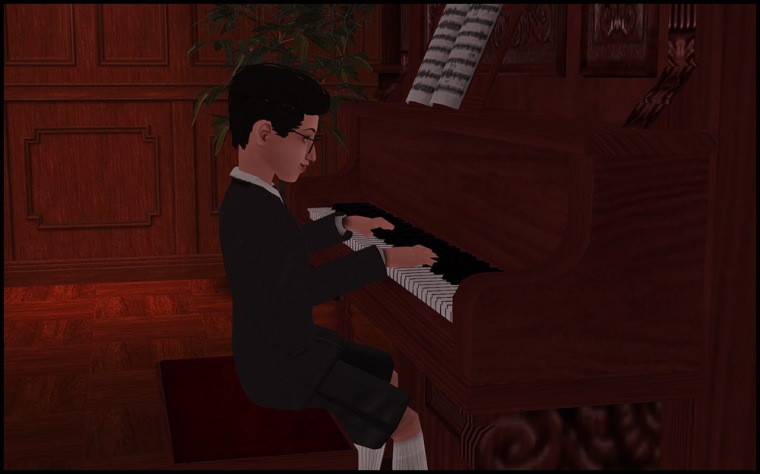 Alexander is playing on the piano.  He wants to be friends with his new step-mom, chat with her and play with her.  He also wants to Mortimer to swing him around.

He has one day until his birthday, so that might be the first thing he does with his dad.

Despite the supposedly happy nuptials, Mortimer and Dina are still furious with each other.

With his secondary as family, Mortimer wants to talk to a relative, play with a relative, call someone on the phone, be best friends with Alex and gain a skill point.

She wants a baby, a promotion, flirt with Mortimer, Give back rub to Mortimer and talk with Mortimer along with an island vacation.  I then check for her secondary and realize she never got it.

Well obviously Dina was probably supposed to be a Pleasure/Romance sim before meeting Mortimer’s money.  So, she’s now just a Fortune/Pleasure girl.

Alex talks with Dina to get things off the ground.

Dina then walks by later on as Mortimer and Alex are playing.

So, the butler keeps burning all the food and Dina is always starving.  She has taken up cooking after the dude leaves for the day.

Finally getting the swinging want gone and now Mortimer has decided that he wants a party.  There is so much that can go wrong with that, but who am I to ignore him.

Well, it was worse than expected.  Alex went ahead and aged up before the party started…on his way to the damn cake.  I watched Don grab Dina’s ass.  Mortimer slapped Dina.  Then I watched Nina AND Cassandra slap Don.

Next time I tell them that a party is a bad idea, I hope they listen.

…and then this happened.  ARE YOU KIDDING ME?

I’m not sure who she is, but Alex greets her to get rid of the meet someone new want. 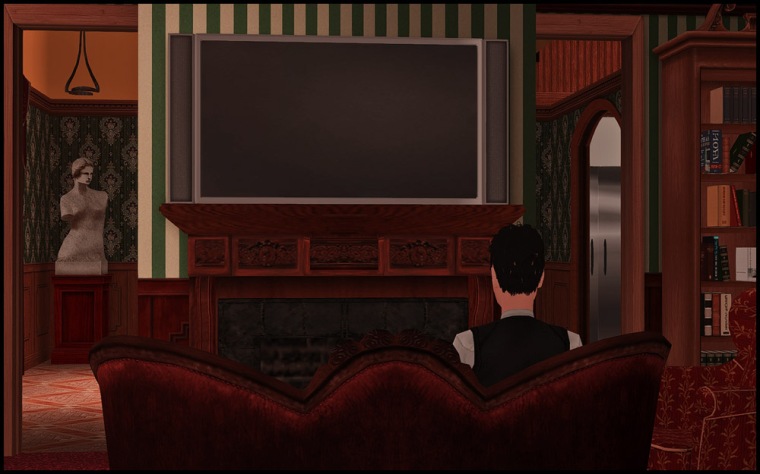 Then he bought a huge expensive tv and moved the painting that was there to a different wall.

Dina is about to become a first time mom!

Mortimer:  That kid doesn’t look a thing like me!  Who’s is it?
Dina:  She just has dark skin like me, that’s all. 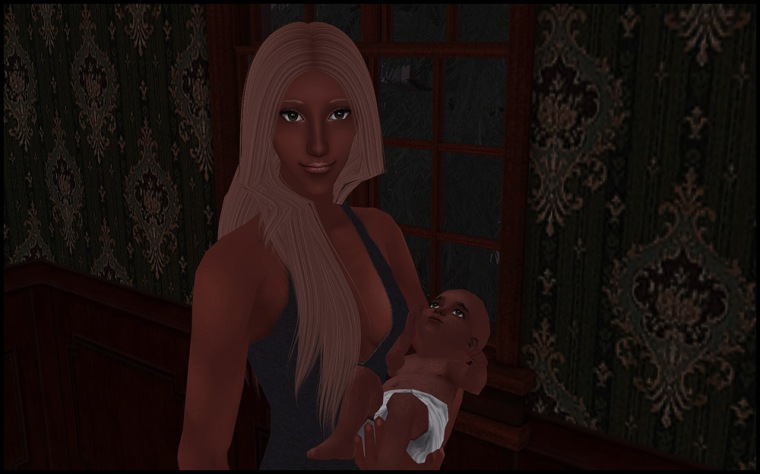 Mortimer knows better than to fall for it and kicks Dina to the curb.

Due to the pre-nup, Dina leaves the house with only $3,000.  She has to take out a loan to rent an apartment.

After renting the apartment, the lawyers drafted papers detailing how Dina and Violet will not be allowed to keep the Goth name.

Dina and Violet will be the last house in the rotation now.  It will be labeled Caliente 2 and Violet is now a Lothario.

Back at the Goth house, Mortimer and Alex decided to hit the club so they could each meet someone new.  Mortimer was wanting to find love again.

Thelma Manning:  I can’t wait to tell everyone that Alex is a teen and on the market! 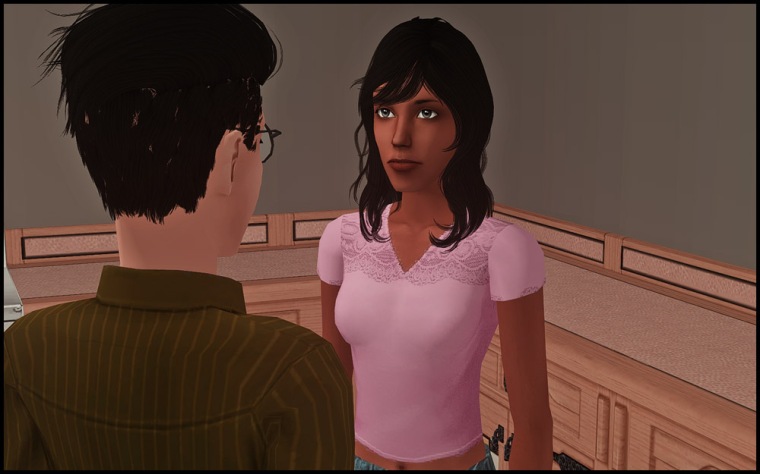 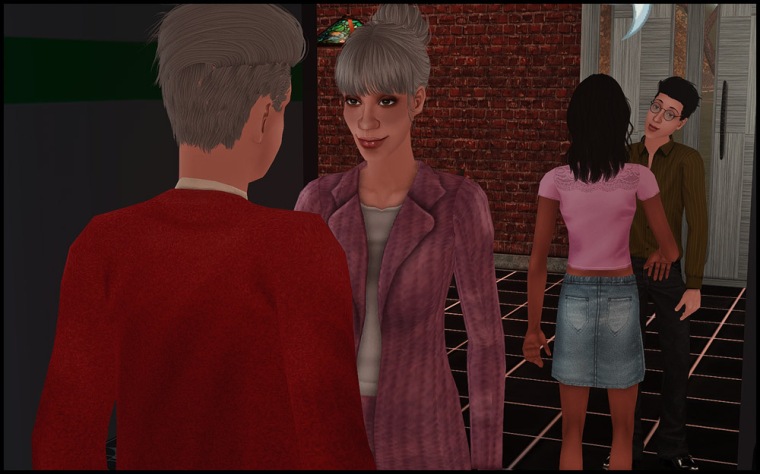 Alex wants to be friends with Thelma now, so he’s queued up to do that.  Mortimer has found Katy McGaw.  He knew it would be better in the long run to find someone more his age.

ACR hit Alex in the groin, and we almost missed the first kiss.

Mortimer wants to go on a date with Katy and fall in love with her.  She was an easy target.

Except for the Alex college want, it’s all Katy.

When in doubt, public woohoo. 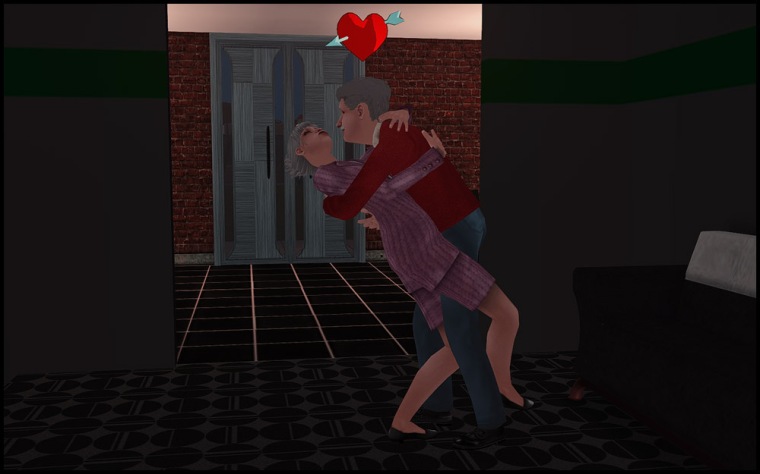 Mortimer has been burned too many times to be an easy target, but Katy was patient.

Thelma:  How sweet!  I hope Alex proposes to me the same way his dad did with that old lady. 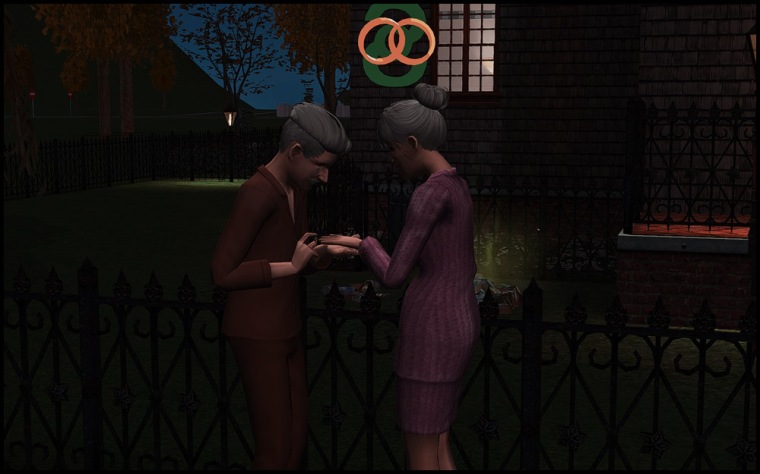 After returning home, Mortimer invites Katy over and they have a quickie marriage. 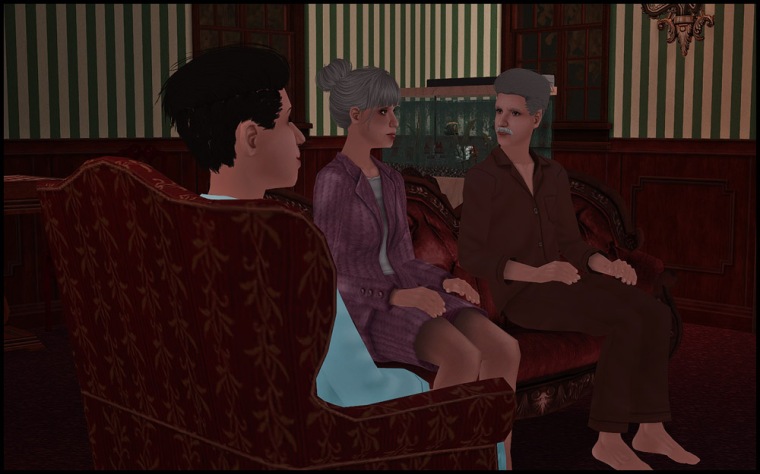 Alex wants to be friends with Katy (and then best friends over the next day or so).

They have Pork Chops together in the middle of the night like a real family.

Alex still wants to be friends with Melody Tinker, which finally happens during this call.

…and then I couldn’t figure out why Mortimer wouldn’t go to bed.  I hunted him down and caught the tail end of his passing.  Poor Mortimer 😦 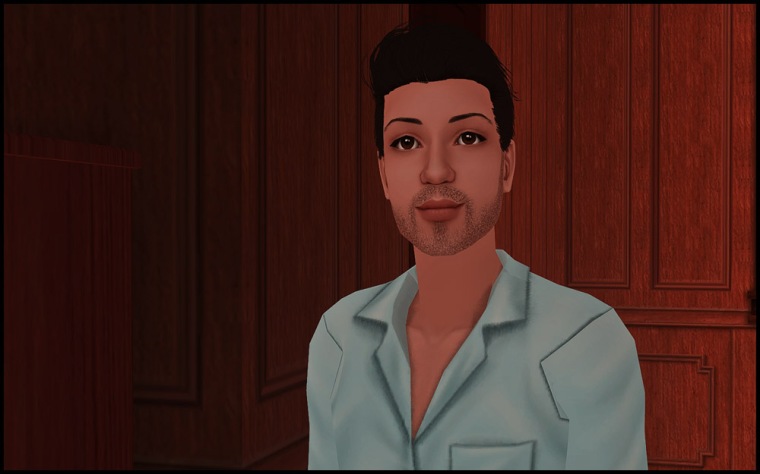 Distraught over his father’s passing (although he looks pleased here), Alexander grows a tiny beard as his major rebellion.  Anything more drastic would be uncivilized and beneath a Goth and he was raised to uphold the Goth name.