Don Lothario tries hard to live up to his name.  He invited Nina over for some hot tub fun, but his place was a mess.  He decided to scrape up enough money for a maid while waiting for his woman to show up.

Nina:  Come here, Don.  I know what you want and I can give it to you. 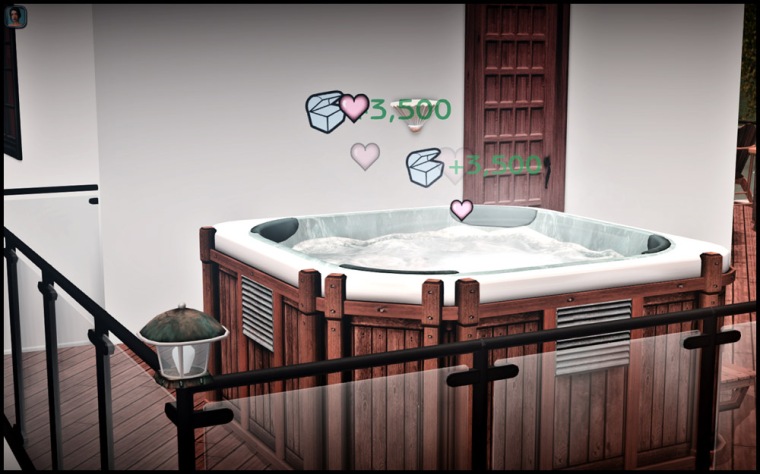 It’s hard not to have strong feelings during the moment.

A very confused Kaylynn shows up right in the middle.  She’s betrayed and falling in love at the same time.  Don tries to feel bad, but it’s just not his style.

Kaylynn smacks the crap out of Don, and Don lets her.

Don:  I hope you feel better now.
Kaylynn:  Don’t bet on it.

Kaylynn:  For me?  Really?  I almost forgive you, my love.

It’s almost more than Don can bear.  It take EONS to get Kaylynn back in bed where she belongs.

But he prevails.  Epically.

Don is quick to send Kaylynn away after he gets what he wants from her.

Kaylynn:  Why do I let this happen to me EVERY time? 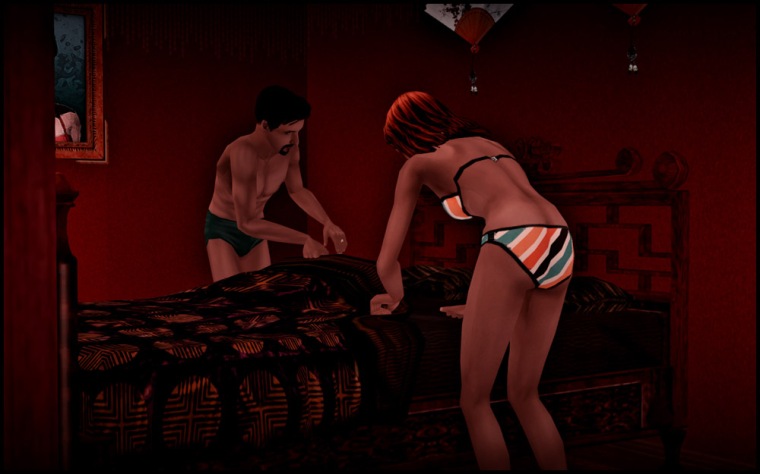 Don takes it slowly getting Nina in bed.  He hears Kaylynn’s car leave and now it’s safe to get down to business.

Don gets rid of Nina just as fast as he could.  He pees and showers and gets ready for what comes next.

Dina is here and Don has just finished washing off the two previous bedmates.

Don gets a kiss from her, which makes her heart fart.

Dina:  As soon as I nab Mortimer and he kicks off, we can be together forever!
Don:  Oh…joy. 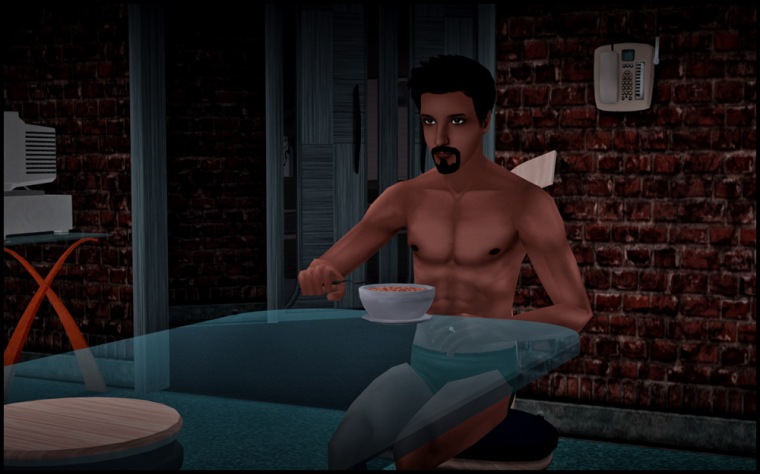 It’s 4 am and Don has finally gotten rid of Dina.  He has some cereal. 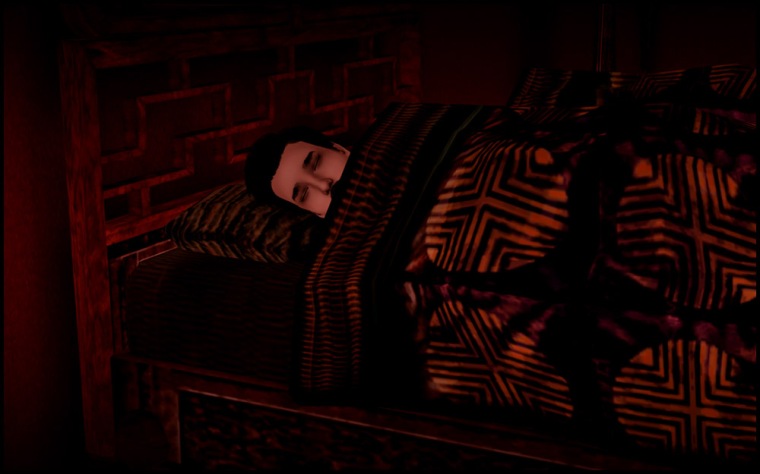 Then heads to sleep.  He has a wedding tomorrow, if you didn’t know.

~+~+~+~+~+
Well, he sure lived up to his name.  We did follow along with the in-game prompts for a new hood (my first time doing so).  He invited over Nina and hired the maid.  From there it was easy.  Make out with 3 different sims, Woohoo 3 different sims, bed woohoo, hot tub woohoo.

Hope he likes his next endeavor.
~+~+~+~+~+
I ended up not caring too much about Pleasantview with a Twist.  I may go back to it at a later date, but after you figure out the one twist, it was sort of a letdown.  I thought it was going to be more like several twists throughout the hood that you could uncover.