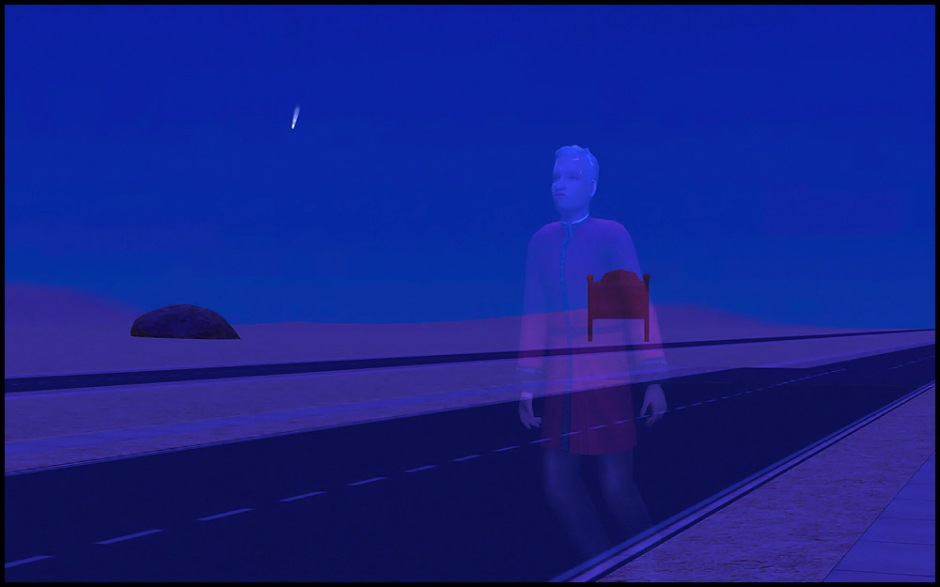 Last time, we lost Gerard and Buzz and then two alien babies were born.  Sadly, we find out they were not both girls like they are named.  Oops.

Also, Shooting Star!!  I’ve never seen one in here before.

We actually left off at University where Bomber had just joined cousin Cosmos.  They had 10 hours until their final exam, and it was spent writing books.

Back home, Luna went to get girl hair.  Then we find out that he looks like a boy because he was seen peeing standing up.  Sorry, kid.  His name is now Cepheus.

Star is really a girl.  She also maxed charisma on the bunny head just prior to her birthday.  She’s so cute.

With both kids at school and the adults basically useless, Nova writes novels. 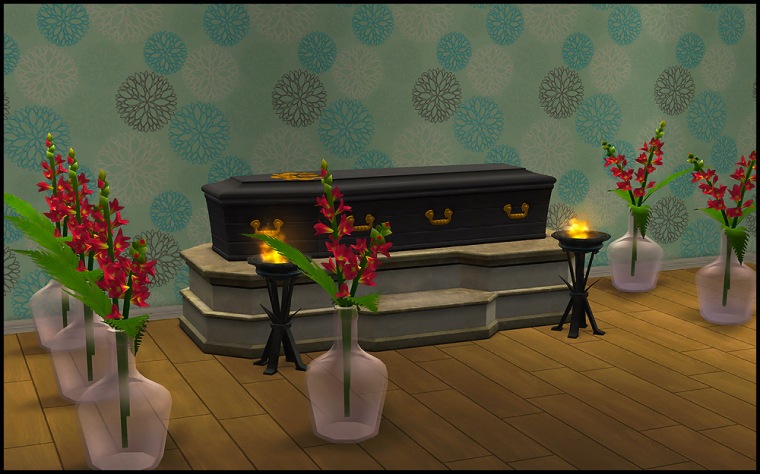 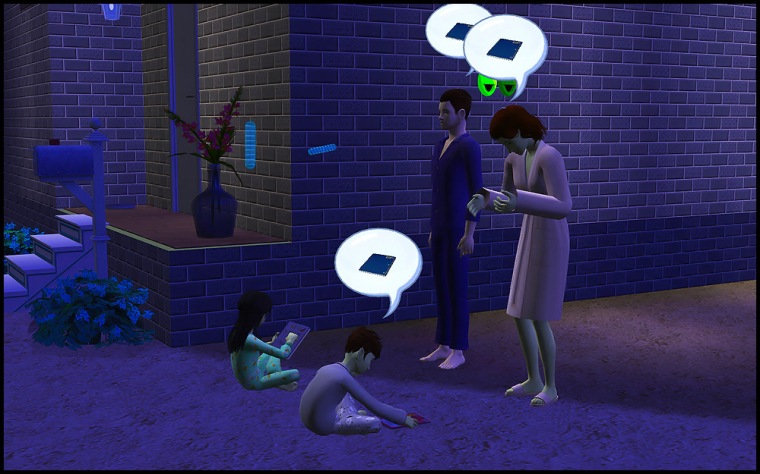 The kids nap after school until it was dark enough for Thorn to come outside to help with homework. 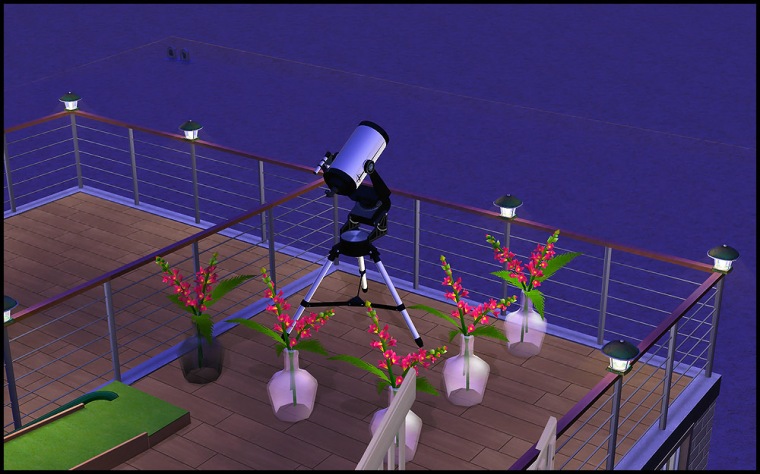 Both Thorn and Nova want the telescope, which still can’t be moved.  We find innovative ways to block their access.

A few days of the shit already documented above pass by and then Nova becomes an elder. 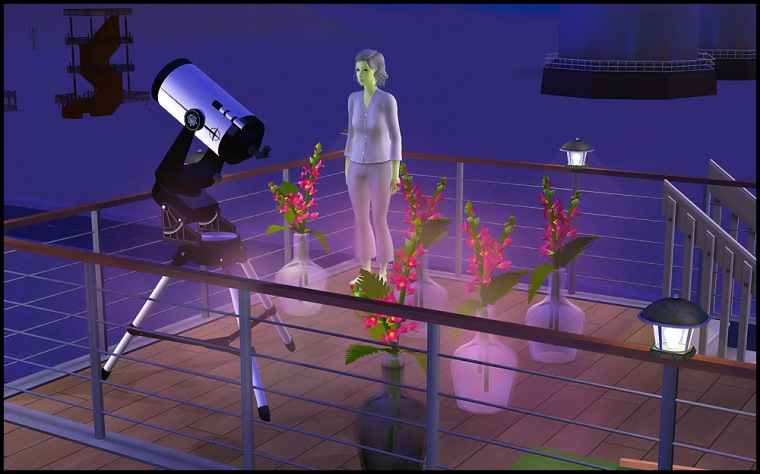 The addiction continues, but at least they can’t do anything about it.

Thorn has a want for a child and grandchild, so this is mainly to keep him from being abducted. 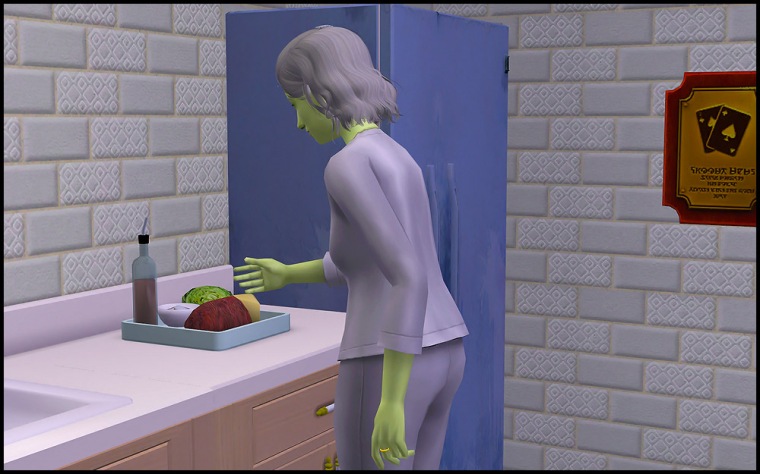 The kids stayed outside playing cops and robbers all afternoon, so Nova actually has to cook while the kids are napping.  By the time they wake up though, the snapdragons have mostly filled their hunger bars.  I made them eat anyway. 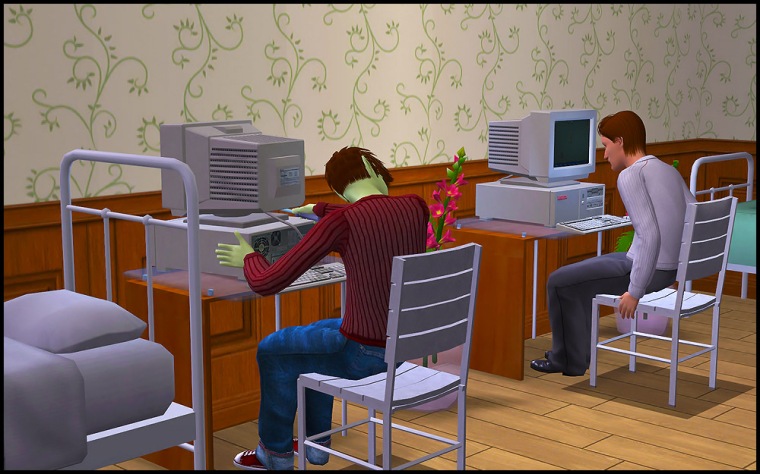 We are now back at university where Cosmos has to fix his computer before he can work on his term paper.

Then they each start a novel.

Of course sleep and school do stop them from progressing very far. 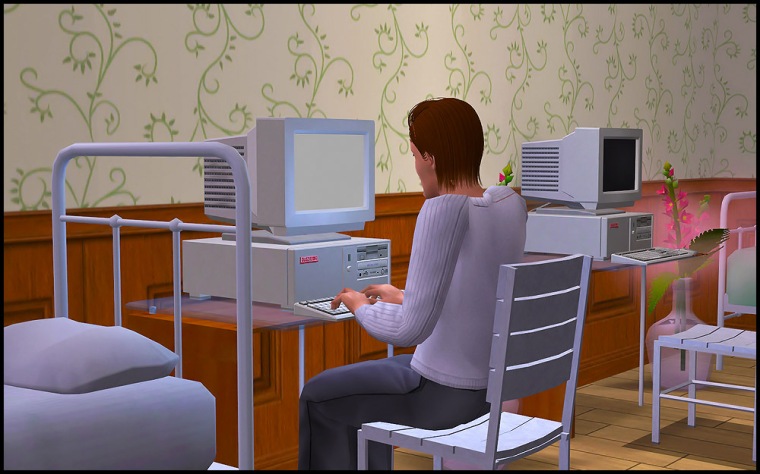 Bomber is a junior now.  He starts on his term paper while we wait for Cosmos to get home.

Of course, Cosmos was too tired to make the trip back to Strangetown (I totally almost wrote Strangerville), so a good night’s sleep is had.

I hate this three item inventory limit.  His new hobby plaque takes up the space of that renu-thingamajig.

Cosmos is now ready to head on home. 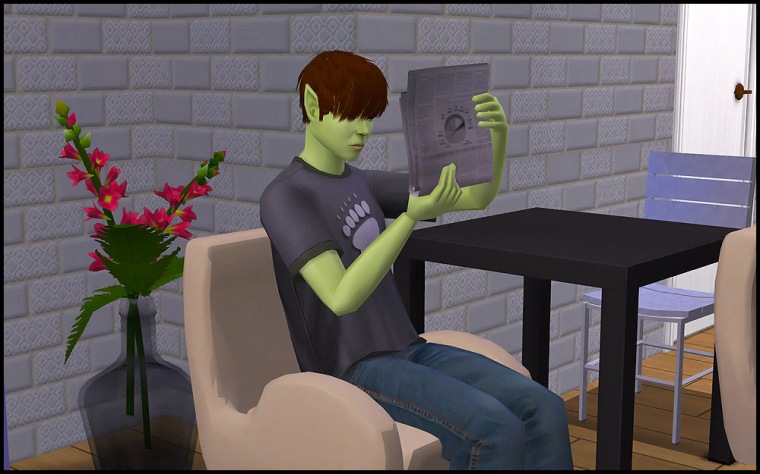 As I watch him look for a job back home, I am giving him 3 days to find an artist job.  His aspiration is actually politics, so that will be the fall back plan.

What are the fucking odds of this being the first thing to pop up?  *saves game* 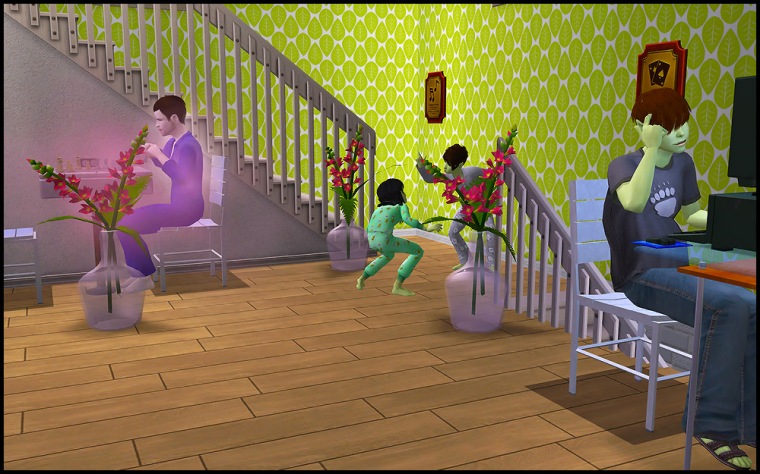 Nova hasn’t quit her job, yet.  While she is at work, everyone else is doing other things.  I am slacking off on the kids for some reason.  These two just play most of the time.  They both have maxed charisma and body skill, which is my only pre-teen requirement.  Cosmos is writing another book and Thorn has found a new addiction.

While Gerard seems pretty tame, Buzz’s first night haunting is nightmare.  You can hear him racing through the yard screaming and yelling every few minutes.  I’m keeping a sharp eye on the family to make sure no one heads outside.

They are still out when Nova rolls home at 2 am. 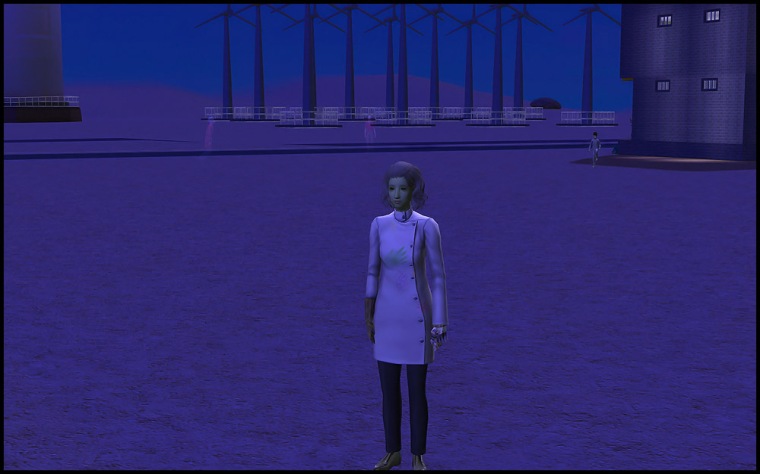 In vague interest to see if Buzz wants to kill someone, I have Nova had out to the back.  Sadly, that little brat Cepheus, our heir, runs out too. 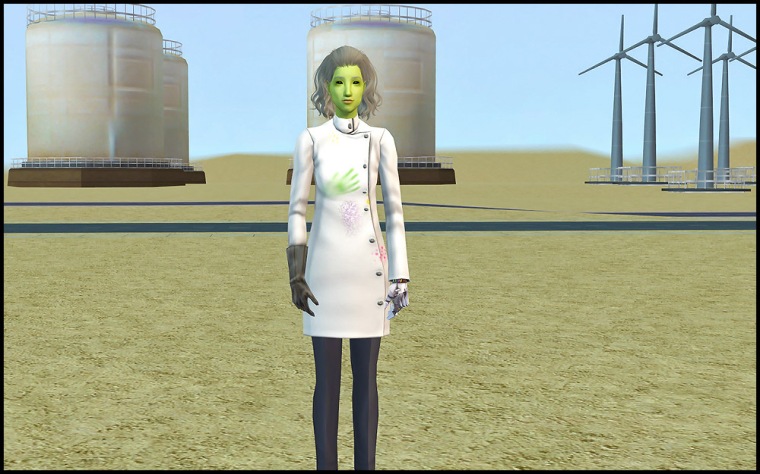 I kept her outside until she almost peed herself, but neither ghost paid her any attention.

Star:  Can you believe some dumbass blocked my path to the telescope?
Cepheus:  Well, that sucks.  I wanted to use it.

Star:  Are you sure I’m supposed to look in people’s windows?
Cosmos:  Probably not, but who cares. 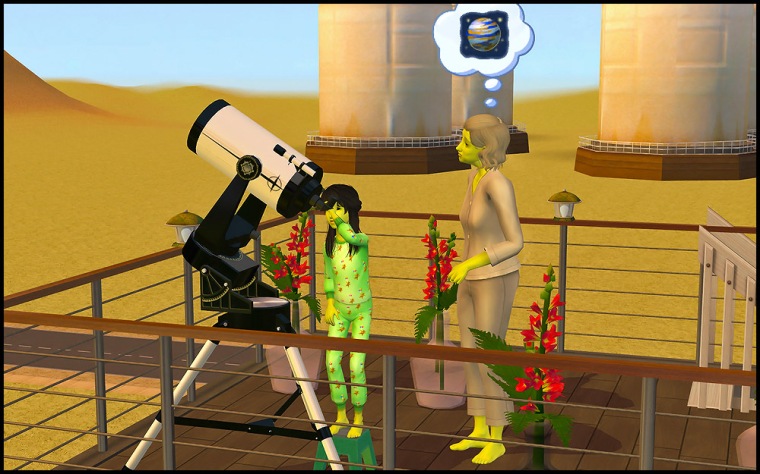 Nova:  I don’t know what Cosmos was thinking.  You should only use the telescope at night to look at the stars and planets.
Star:  It doesn’t matter now Aunt Nova.  I just maxed my logic.

Now let’s hope she can make it down four flights of stairs without passing out.

Cosmos:  Do you think the kid will grow up well?
Nova:  I sure hope so.   Speaking of kids, is Bomber going to graduate soon?

…Poor Bomber.  I forgot about him.  Cosmos is level 4 in his career, which means we are only one day behind Bomber’s graduation.

I’m not sure why, but Bomber doesn’t skill as fast as the other kids.  I wonder if it’s because he was the only one to never get smart milk?  It’s really annoying.  He will be reading on triple speed.

Or not.  Bomber just got a phone call from Cepheus and used that as an excuse to not read any more books.

I’m not sure how he can see the Curious house from here, but have fun Bomber.  See you in three days for your Senior year.

Cosmos wanted to get fit, so he did some yoga 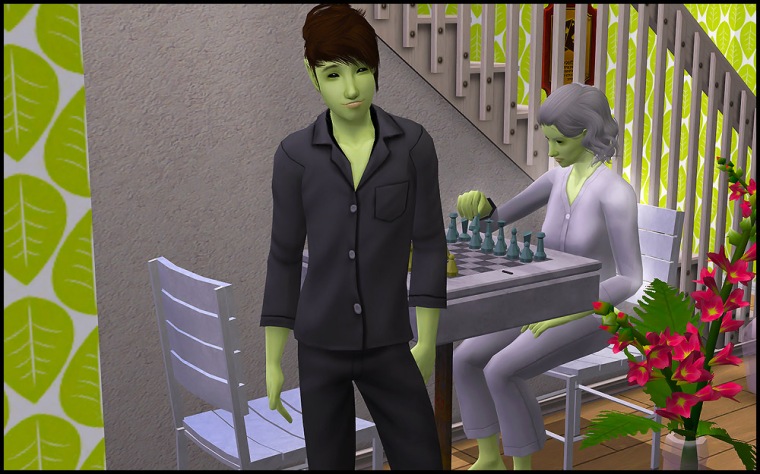 Cepheus ages up.  He will probably be doing our Law Enforcement lift as our heir.

The badly blocked off roof area got roaches.  Nova and Thorn sprayed bugs after bugs (ended up with five piles of roaches).  This caused Nova to get the flu and pass it on to Star.  They were both forced to sleep constantly while others were forced to not sleep at all.

They spent their time reading self help books or working.

Star did lose a grade for staying home from school, but I just don’t care.  She ages up and is feeling better.  I think Nova is too. 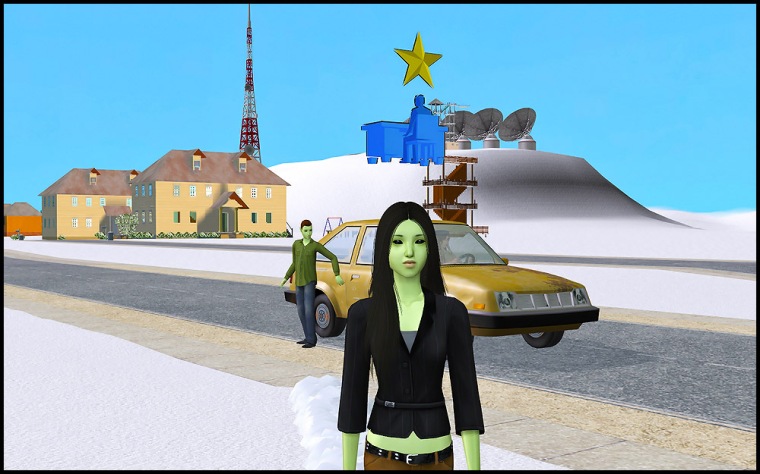 Many days later…. Both Cepheus and Star top their teen careers. 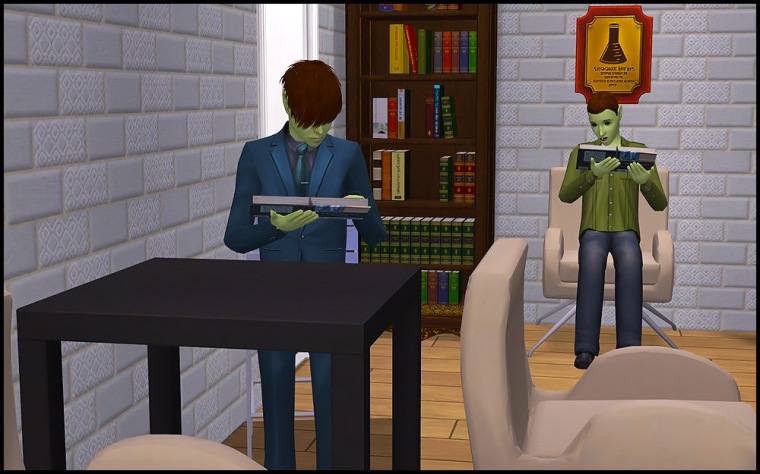 More self help book reading.  I believe Cosmos is now level 8 in his career and has like 3 days off.

Our first snow day is spent with Cepheus and Star working on scholarships.  I do believe they are on the second floor dancing.

Star wanted the alien scholarship, and just before dawn, she is finally taken.  In fact, she missed the bus and had to walk to school.

They accomplished a lot as teens and are sent off to university a little bit early.  They get their term papers done while Bomber is at class.  He will do his later on. 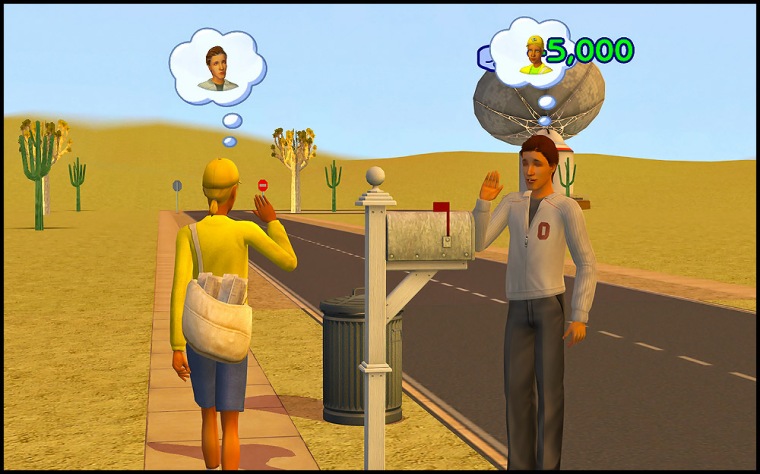 Bomber:  By Esther!
Esther:  Did they finally remember that you existed?
Bomber:  Yep!
Esther:  Bye, Bomber.  Enjoy the real world!

After Bomber leaves, these two do some research together.  Then Cepheus heads off to class.

We leave off with Cepheus just getting back from class and Star finally sleeping.

We will be back again in a few days…if I remember.

I wonder what the odds are of Bomber finding a job in Paranormal in a decent amount of time. 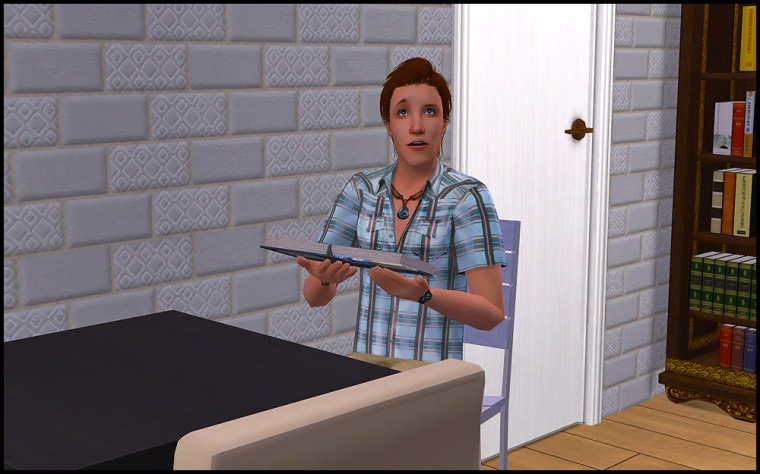 There was no job for him today, so he is back on self help book duty.

Oh and where he was only like three days younger than Cosmos, he is now 9 days behind.  Whoops. 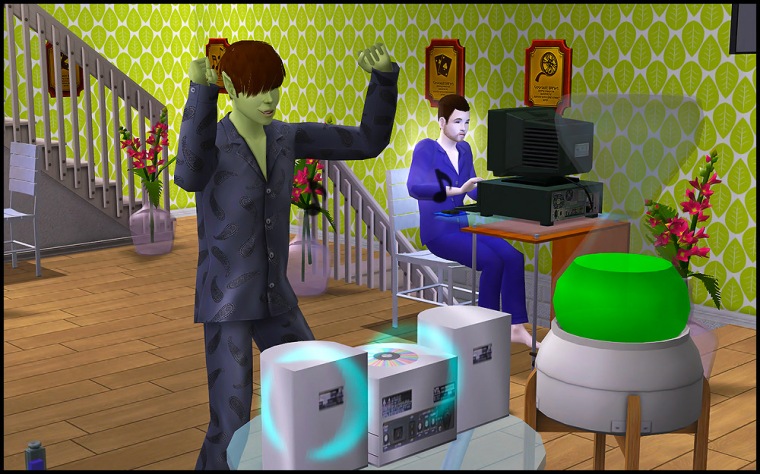 There was no Paranormal job on Sunday, so it’s back to self help books.

Heading off to work.  Cosmos should get level 9 today.

..and he did.  Everyone is actually on the same schedule again.  Thorn is upstairs writing yet another novel out of boredom.

Monday did not bring a Paranormal job. 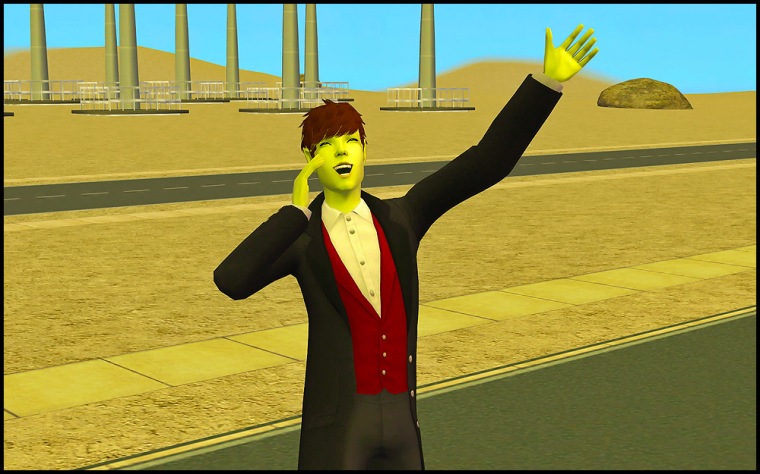 Cosmos finally gets to leave this place.

Then we get ready to head back to University, where we will probably stay until they both graduate (three semesters).