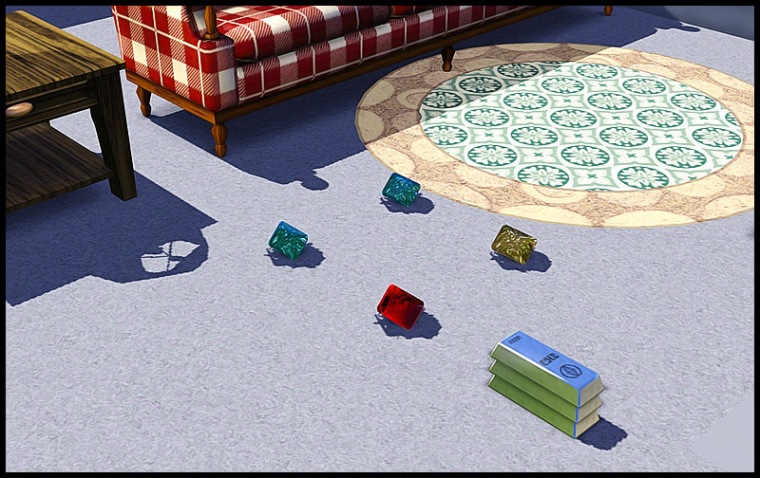 He chatted with Victoria Andrews for a little while.

The diner dumpsters were decent today, but more importantly, someone made hotdogs and he got a free lunch. 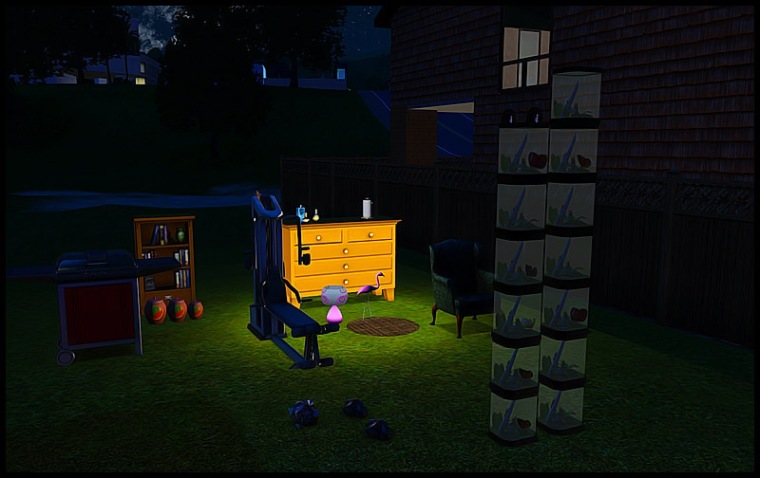 It was a very good day indeed.  He got his first exercise machine, which he decided to keep. 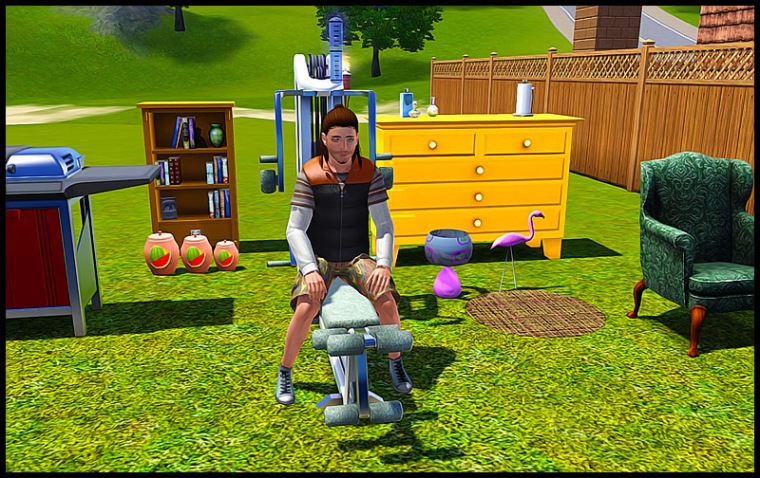 He got a couple of athletic points the next day while trying to figure out what to do with all the other junk he got. 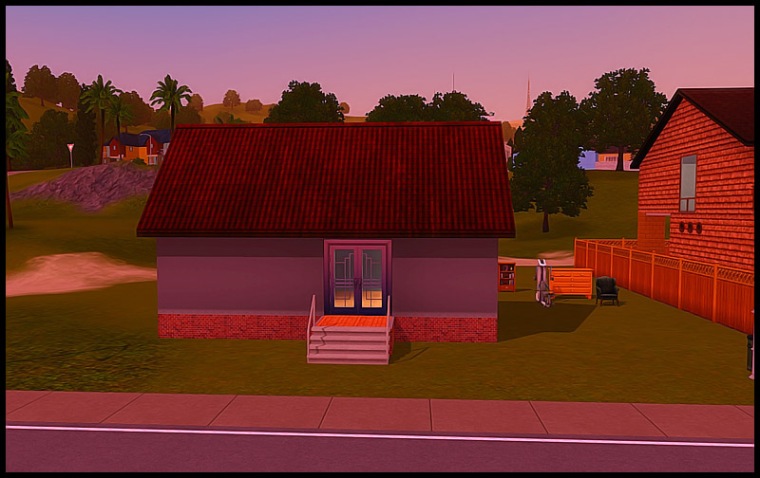 He ended up selling a lot of it and enclosed the house and put a roof on it.

He even remembered to take his bug collection in to sell.

He took two days off in which to chat and read a cooking book.  It was a slow day after that.  He got a chair, a table, an alarm clock and another loveseat.

He hit the three dumpsters at the criminal warehouse on Tuesday.

He got a dryer, a chair, a bench, three dishwashers, two lamps, a rug, another trashcan and two tables.  He kept the dryer since that was something he had wanted all week.

Major renovations today.  I will not count them for scoring until they have walls and flooring, but he now has a bedroom, a bathroom, a reading room, a kitchen/dining room, and an exercise hallway (for now).  He sold an exercise machine and some random junk to buy a real toilet and a sink.

He sent of gems and metals and he is now paying $140 in bills.

It was a very long, stressful day for Xander. 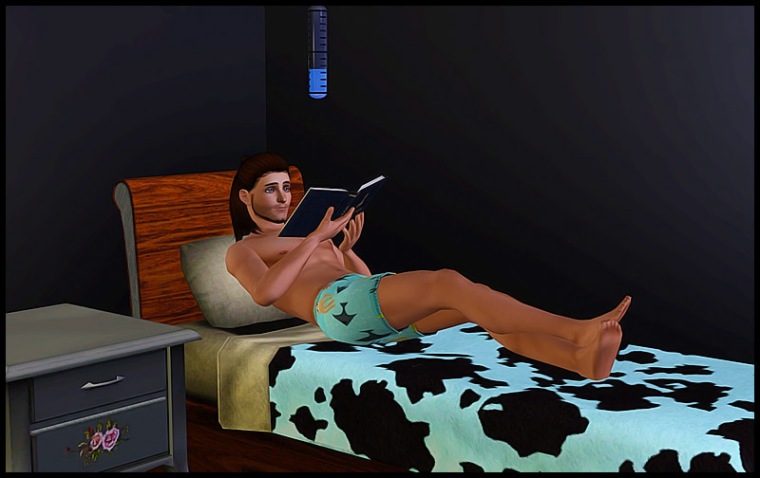 Xander took Friday off to do some exercising (no skill point), read a logic book he found in his bookcase, and chat with Tamara Donner.

Xander always knew that Agnes was his kind of girl.  Too bad he later found out that she was sleeping with her sister’s husband.  Of course, later that night, he found out that Cornelia had died.   They sure don’t waste any time in this town.

I feel bad, but my screenshot program shut itself off and this is the last pic I have before Xander’s birthday.

I loaded up the game to find Xander spending his last day at the criminal warehouse.  He has $993 in cash. 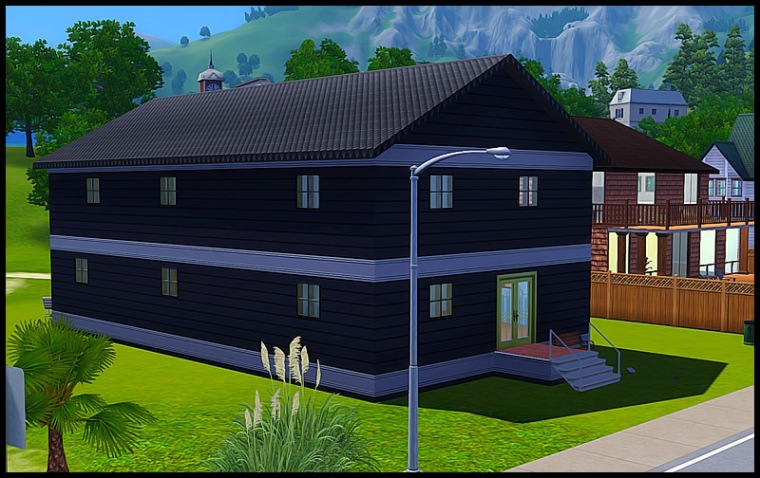 The house is pretty much done, although most of the top floor is empty.

There are three complete rooms upstairs. 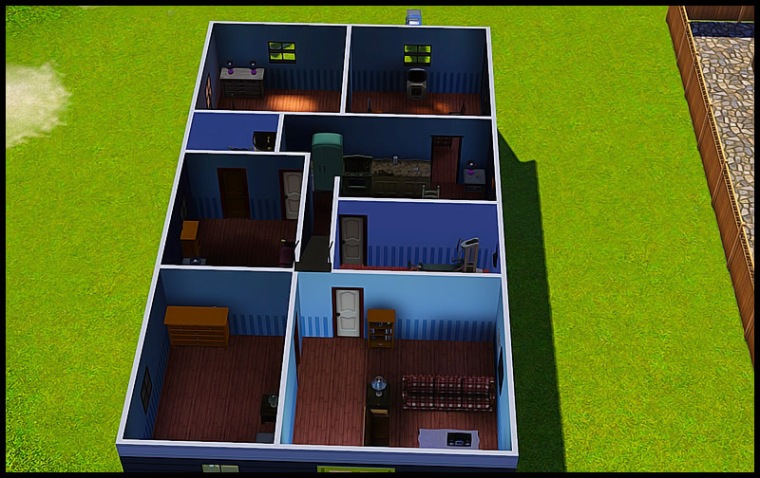 There are eight rooms downstairs. 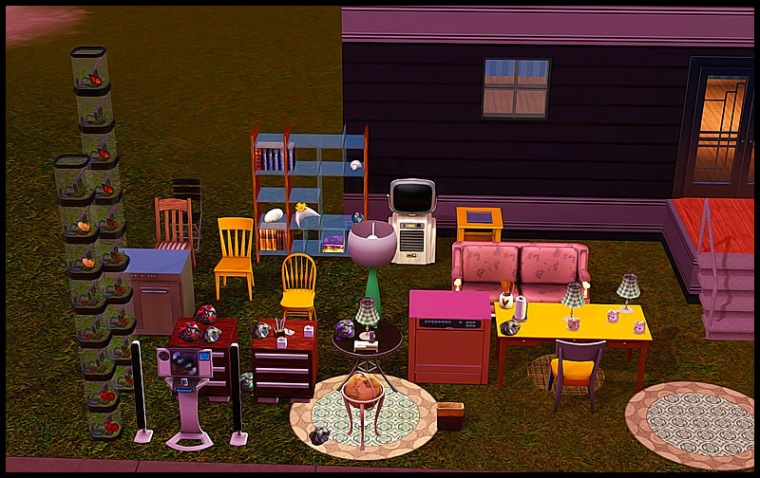 When he called it quits on that last day, this is what he had.  I’m pretty sure this is at least three days of stuff.

The only new stuff is a trash compactor, the high end stereo and the more expensive dishwasher.

Xander sold off his bugs, filled up the house, and sent all his gems off to get cut before his birthday.

What an interesting challenge.  Makes me want to try a homeless challenge or klepto one now.